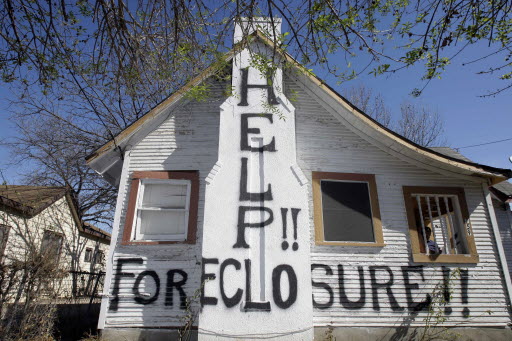 Our own Ellie Balderrama (Los Feliz / Silver Lake / Atwater Village Rental Girl) was interviewed and quoted in this story in the LA Times today:

Few new units and tight standards for home loans add to the pressure. The average monthly U.S. rent is at an all-time high, and a 10% jump in Los Angeles County over the next two years is forecast.

A nation still struggling to clear up one housing debacle has run smack into another — soaring rents.

The foreclosure mess has pushed millions of former homeowners with tarnished credit into a competitive apartment market across the U.S. Add fresh demand from young workers, few new units and tight standards for home loans, and the result is rental sticker shock not seen in years.

Rents are surging from New York to Los Angeles. The average monthly U.S. rent for apartments hit $1,008 in the first quarter, pushing past the all-time high set in the third quarter of 2008, according to the data firm RealFacts. USC’s Lusk Center for Real Estate forecasts a 10% jump in Los Angeles County rents over the next two years. In certain markets, it is now cheaper to own a home than rent.

Menachem Krinsky of Hancock Park recalls how in late 2008 every street seemed ornamented with “for rent” signs when he first moved to Los Angeles from the East Coast. Back then, his landlord was so desperate to keep him as a tenant that he slashed his rent of about $2,000 by $800 after Krinsky’s first roommate bailed on the lease.

These days, however, Krinsky’s search for a one-bedroom apartment costing around $1,500 is shaping up to be a major headache.

“I am looking for something clean and new, and unless you want to spend a fortune, it’s hard,” said Krinsky, a 22-year-old art director and graphic designer.

Units that years ago would have languished for weeks are snapped up in days. The Santa Monica-based listing service Westsiderentals.com is operating 14 hours a day to meet demand from renters. The company has even seen a bump in interest for its “platinum” relocation service, which offers to chauffeur clients to various Southern California listings.

Ellie Balderrama, who lists properties in Los Feliz, Silver Lake and Atwater Village for TheRenterGirl.com, said that as many as 20 people have showed up at some of her open houses. The ones who win arrive with completed rental applications and deposits in hand.

“In L.A., people have gotten so used to how relaxed it was, they are not aware how competitive it’s become,” Balderrama said. “Some people have got it, and some people don’t, and the ones that don’t suffer.”

Rob Magnotta, a real estate agent, recently listed his two-bedroom Irvine condominium for rent on Craigslist for $2,300. He had six applicants within 24 hours, including one who wrote a poignant letter about losing a home to foreclosure.

“It was almost too easy,” said Magnotta, who chose another renter. “I know the rental market was strong. But until you are actually renting the place, I think you are surprised it is that strong.”

A big driver of rent increases has been demand from young workers who are striking out on their own after doubling up with family members during the worst of the economic downturn.

Alaia Williams, 27, recently moved out of her mother’s Inglewood apartment to be nearer to her job at a Santa Monica tech start-up. She and a roommate are splitting the $1,400 rent on a two-bedroom apartment in Palms.

“We can’t afford to live” closer to work, she said.

People who’ve lost their homes to foreclosure or short sales are also feeling the sting. Damaged credit means many must pay a premium or put down a bigger deposit to secure a place.

Robert Corlette pays about $1,700 a month for a two-bedroom town house in Anaheim Hills that he shares with his wife and five children. The family lost their home to foreclosure in 2009 after Corlette lost his $75,000-a-year job selling insurance. His current job, also in the insurance industry, pays about half that.

The crash has made owning a home more affordable than renting in some markets. An index by the research firm Green Street Advisors compares buying with renting in 79 metro markets; that index hit its most attractive point last year for buying since 1991, when the firm began tracking the data. Researchers calculate that the after-tax cost of a mortgage is only 10% higher than what it costs to rent nationally after taking into account mortgage rates, property taxes and other factors.

Orange and Los Angeles counties remain more expensive for buyers than renters, though that gap has narrowed, according to the index, while owning a home in the Inland Empire is now more affordable than renting.

Rising rents have converted some renters into buyers. Scott Matulis, 48, recently purchased a town home in Oak Park after enduring two consecutive years of rental increases. His mortgage, taxes and homeowner association fees now total $2,200, just $100 more than what he was paying his former landlord.

“I finally just pulled the trigger and figured I’d be throwing money away on rent,” Matulis said.

Although rising rents may be motivating home purchases by people who are in good shape financially, those increases are walloping working class families and the poor — groups already hard hit by job losses, lost income and stagnant wages.

Marisela Alfaro has lived in the same one-bedroom Santa Ana apartment for 28 years. A large bed sits in her living room, where she and her husband sleep; their teenage daughters share the bedroom.

Modest religious art adorns her carefully kept home, but outside Alfaro’s door the building is in disrepair, with tattered screens, broken lights and graffiti. Alfaro said the family pays $820 a month and feels lucky to have the apartment.

“There are other places that cost much more,” she said in Spanish. “It’s been difficult because my husband works in the fields, and that’s the lowest salary that there is, and if there is no rain, there is no work.”

Even for those with better jobs, paying rent can be difficult.

Virginia Villa of Brea, a single mother of four who works as a manager at Disneyland, has doubled up with her adult daughter, who contributes $400 to the monthly household budget. Still, Villa said, about half her take-home pay goes toward rent and utilities.

“I have a decent job and I would love to buy a house, but I don’t think that’s possible to do,” Villa said. “In O.C., it’s even difficult to find a substantial apartment or especially a house to rent — the rental cost for houses is really high.”

From the Los Angeles Times

The Rental Girl Weighs in on the Rent vs. Buy Debate! 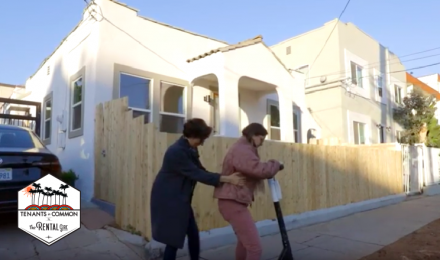 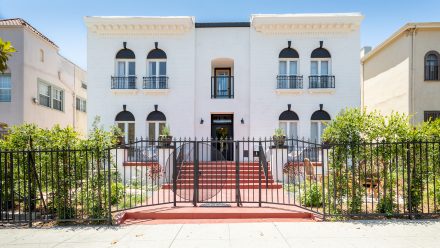 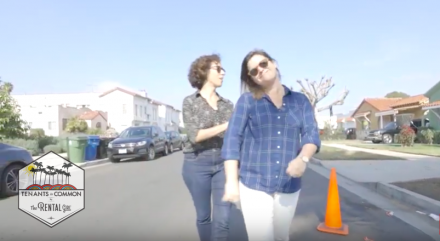 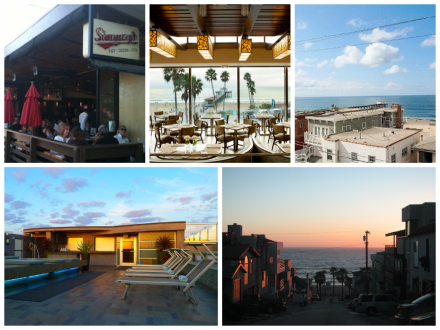 These Are a Few of My Favorite Things: Manhattan Beach 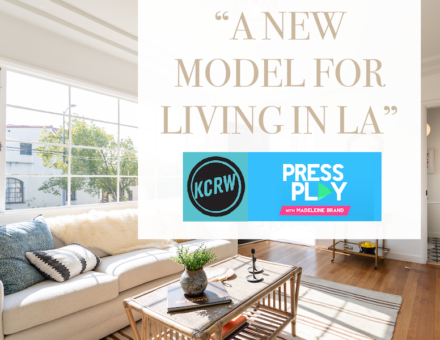 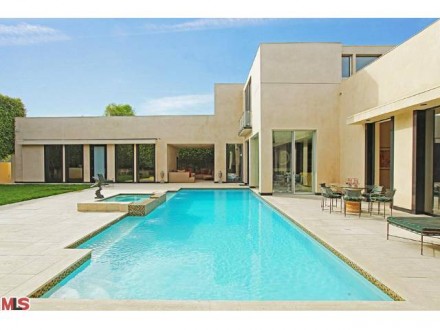 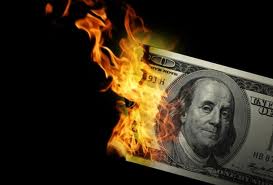 See Red Before Shelling Out The Green for Rental Listing Sites

As our readers know by now, TheRentalGirl.com is free of charge to renters. However, we… 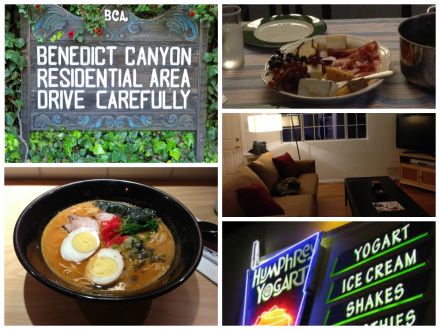 These Are a Few of My Favorite Things: Sherman Oaks/Studio City 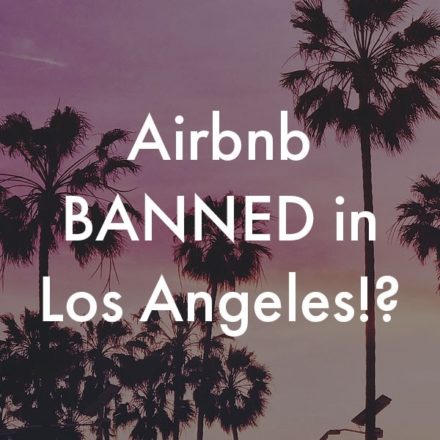 LA CRACKS DOWN ON AIRBNB REGULATIONS